← Arsenal – Thoughts on the season so far
QPR new-boy Henrique → 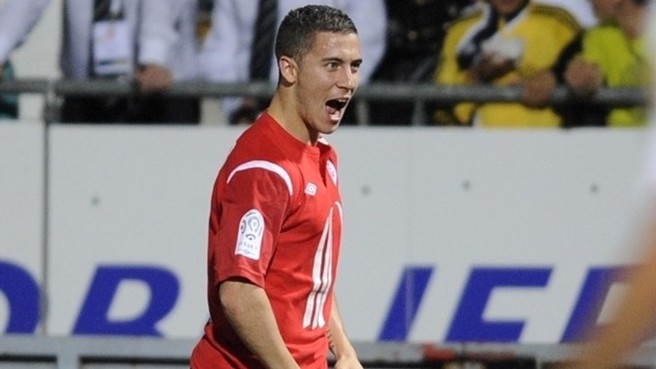 Too soon, too soon. Beware the validity of any sentences beginning with ‘Sportsmail understands’ or ‘Sportsmail can exclusively reveal’, as lies tend to follow pretty quickly.

The Daily Mail has Eden Hazard ‘provisionally agreeing terms with Chelsea’ according to ‘sources at Lille’. Right, ok.

So, just to recap, one of the hottest properties in European football – wanted by every major club excluding Barcelona – doesn’t wait for the bidding war over his talents, and instead makes an early agreement based on the first offer that comes his way. Probably not.

Apparently also, Chelsea ‘have been forced to move quickly’ in their pursuit of the Belgian. I have no doubt that Andre Villas-Boas is interested in the twenty-one-year-old, but since when has ‘moving quickly’ ever won anybody a transfer war. Is the Mail’s logic that Chelsea could potentially sign Hazard without anybody noticing? For £24m? Have you met football agents – the tend to like to talk a little bit about who wants their players. And sometimes, just sometimes, they play affluent clubs off against each other to manufacture more favourable personal terms for their clients.

Chelsea to beat Norwich – 1.61 with Paddy Power. Sign-up today for your £20 welcome bonus.

← Arsenal – Thoughts on the season so far
QPR new-boy Henrique →