Arsenal – Thoughts on the season so far 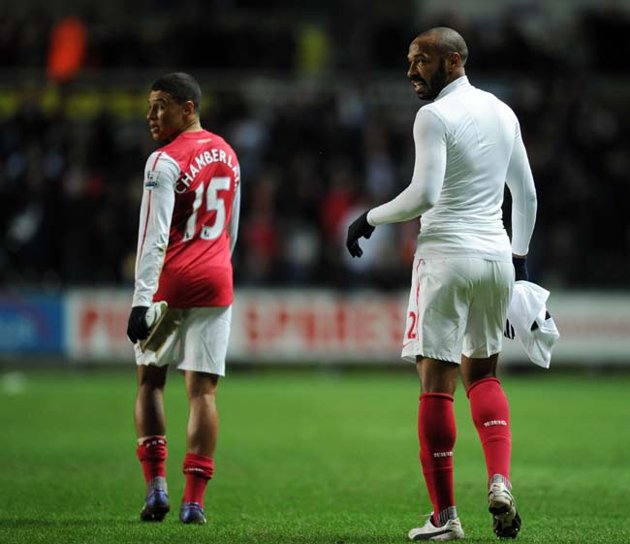 Maybe it would have been better to have waited until after Sunday’s game with Man United before writing this. Still, let’s break it down into a couple of parts…

A marmite topic amongst Arsenal fans now, and I can understand why. On the one hand, you don’t want to dismiss his lengthy list of achievements in the English game, but on the other there’s clearly a sense of foreboding about where he’s now taking the club.

It’s difficult to shake the impression that he spent a lot of money in August for the sake of it, and that the players he did bring in weren’t necessarily the right ones. Mikel Arteta maybe, but Per Mertesacker and Andre Santos seemed to represent ill-though out purchases. The German’s a case in point, because staggeringly, it doesn’t look as if anybody really researched his strengths and weaknesses before bringing him to the club. I know that there are similarities between the Bundesliga and the Premier League, but there are also key differences. Mertesacker is a good player, but he’s weak when exposed to pace and movement – so why would you bring a defender with the turning circle of a Lancaster Bomber to the quickest league in Europe?

There’s a bit of overlap here with the previous section, but I don’t think Arsene Wenger has been decisive enough with certain members of his squad. Andrei Arshavin has contributed nothing this year, and has lived off the back of his first six months in this country for a long time now. With every passing window, the Russian depreciates in value, yet he remains at the club – he needs to go. Theo Walcott underwhelms constantly – an athlete pretending to be a footballer. That situation is especially frustrating when the potential and dynamism of Alex Oxlade-Chamberlain is sitting on the bench.

Without over-playing the obvious, this side will look a whole lot better when Jack Wilshere returns from injury. Yes, Wilshere brings a creativity to the side, but he also brings a calming presence in possession – which is clearly helpful given Arsenal’s current issues with ball-retention.

Is it really worth speculating on something that won’t happen? Wenger doesn’t believe in doing business in January, and no amount of late-season tail-offs will seemingly dissuade him from that mindset. Still, cover at full-back wouldn’t hurt, would it?

I suspect what’s needed at Arsenal is actually an objective pair of eyes, because Wenger doesn’t really seem to see what everybody else does – this is a club slipping back towards the Hinterland of mediocrity. Too many average components, not enough match-winners. Football is unfortunately a short-term industry, and you really can’t eat out on past achievement forever. Squad re-modeling, re-shaping, streamlining; whatever you want to call it – being ten points behind Tottenham in January and heading for the Europa League is not really acceptable.

Arsenal to beat Manchester United – 2.70 with Paddy Power. Sign-up for your £20 welcome bonus.